This is just a short blog about some of the things I’ve been getting up to over the last few weeks.

Myself, Toby Phelps, and Gethin Jenkins-Jones decided that the Ross’s Gull in Dorset was too good of a bird not to try and see (a lifer for all of us!), so we made the journey to RSPB Radipole Lakes in Weymouth. After a couple of hours waiting, and a cracking male Bearded Tit, the Ross’s Gull finally dropped in, and gave some really nice views when it flew to the nearest shingle island. 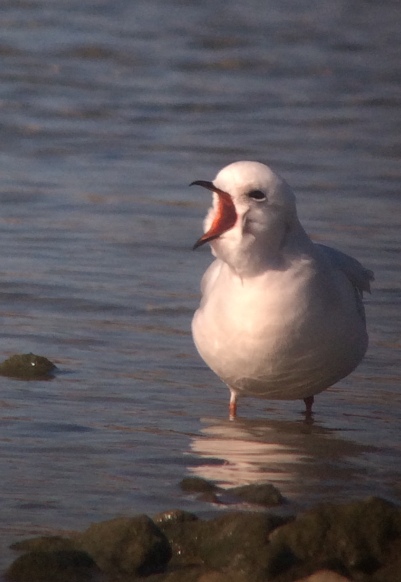 A couple of phonescopes of the Ross’s Gull. Not the best, but it was windy and cold!

After a little while the Ross’s Gull left, and we followed suit. We paid a trip to Teignmoth in South Devon, where the returning Bonaparte’s Gull had been showing reliably. After dipping this bird at Dawlish Warren several times in the past, we were keen to finally get it seen! It did not disappoint, showing down to around 5m whilst feeding in the surf with Black-headed Gulls. My first adult Bonaparte’s Gull! Photos are Toby Phelps’. 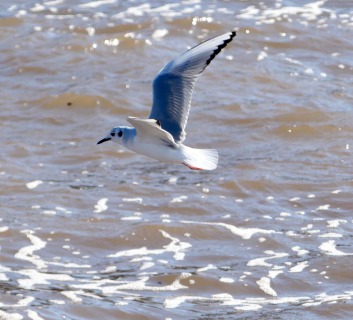 Toby Phelps’ photos of the adult Bonaparte’s Gull at Teignmouth.

Leaving the Bonaparte’s Gull to its feeding, we headed to RSPB Matford Marsh to see if we could see the American Wigeon. I’d only seen one distant male previous to this, so was hoping for some better views. We were successful again, and I even managed a few phonescopes in the fading light!

All in all, a great day out!

This was a really good (albeit very rainy!) day out looking at identifying sand dune bryophytes. We saw some real rarities along the way too! The day was based mostly in the Penhale Sands area, a huge dune system with sandy, alkaline soil. I’ve decided to go through the day picture by picture: 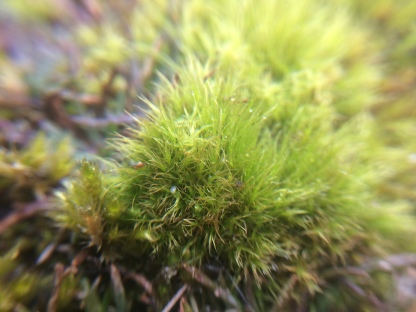 Other new things for me seen on the day included the scarce liverwort Petallophyllum ralfsii, the somewhat uncommon mosses Didymodon ferrugineus and Scorpiurium circinatum, and a rare lichen: Fulgensia fulgens, at the site with the largest UK population!

Utilising my newly purchased weevils of Cornwall atlas, I decided to visit Gweek Oak Woods on the Lizard peninsula, to try and find one of Britain’s rarest weevils: Anchonidium unguiculare.

This species is found only in leaf litter in woods surrounding Gweek, and at one coastal grassland site in Devon (I wonder if this will turn out to be a different species?). First I tried sieving the leaf litter, but to no avail, so I had to try a technique mentioned by Keith Alexander in a recent talk. I placed a white towel on the ground, and bundled leaves on top of it. I then left it for 5 minutes, before slowly lifting it from one end- the theory being that the leaves all fall off, and any weevils grip to the towel to prevent themselves from being dislodged. Sure enough, on my first attempt, I found a single Anchonidium gripping on to the towel! It’s only around 3mm long, so this is the best photo I could manage.

Whilst sieving leaf litter I came across another, much smaller (just over 1mm) beetle. At first I thought it was a Ptiliid (Feather-wing Beetle), but it seemed to be moving around in a slightly different fashion, so I took it back home for a closer look. When I got it under the microscope, I had no idea what it was, so had to key it through to a family. As is often the case with beetles I don’t recognise at all, it turned out to be a Staphylinid, but this one was in the strange subfamily Scydmaeninae. Fortunately, I found an online key to UK Scydmaeninae, where the beetle keyed quickly to Cephennium gallicum. This is apparently the first record of this species in Cornwall for over 15 years, with most records pre-1976! Looking at previous record details, several were found on the same date, and in the same place as the weevil Anchonidium unguiculare! This, along with the size of the beetle, suggests to me it may well be an overlooked species, only turning up when people have put the effort into sieving leaf litter!

Paul is a small village near Penzance (not a person), where fellow naturalist Sally Luker lives. We met up to talk about some potential 3rd year project plans, and decided to tie it in with a little bit of fieldwork. We spent a little time looking at lichens, and Sally showed me some cool scale insects (Coccus hesperidum and Lichtensia viburni) living on a patch of Ivy, but the highlight for me was finally seeing the Bristly Millipede Polyxenus lagurus, of which there is a strong population in the churchyard in Paul! This incredible 3mm long beast is fairly widespread, and usually found in old stone walls, but despite extensive searching, I’d never come across it before!

So, those are my recent wildlife highlights, in what turned out to be not such a short blog after all!

3 thoughts on “Wildlife highlights from the last few weeks”